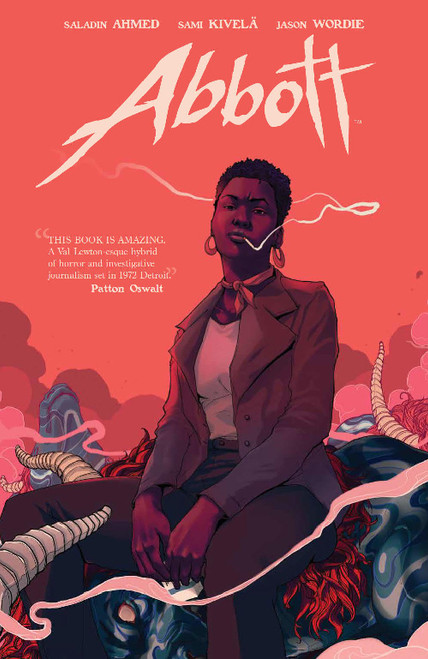 While investigating police brutality and corruption in 1970s Detroit, journalist Elena Abbott uncovers supernatural forces being controlled by a secret society of the cityÃÂs elite. In the uncertain social and political climate of 1972 Detroit, hard-nosed, chain-smoking tabloid reporter Elena Abbott investigates a series of grisly crimes that the police have ignored. Crimes she knows to be the work of dark occult forces. Forces that took her husband from her. Forces she has sworn to destroy. Hugo Award-nominated novelist Saladin Ahmed (Star Wars: Canto Bight, Black Bolt) and artist Sami KivelÃÂ¤ (Beautiful Canvas) present one woman's search for the truth that destroyed her family amidst an exploration of the systemic societal constructs that haunt our country to this day.

ON A SUNBEAM HC