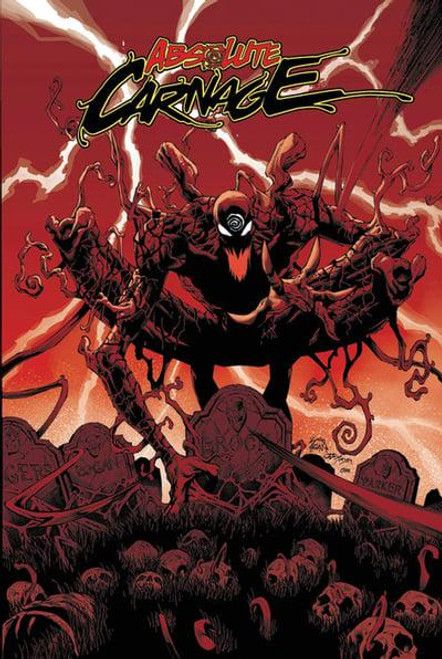 After turning Venom's world upside down a year ago, Donny Cates and Ryan Stegman are about to put the Sinister Symbiote through hell again, only this time Carnage has come calling, and everyone who's ever worn a symbiote is dead in his sights! He's skirted the periphery of the Marvel Universe for months, but Cletus Kasady at last stands poised to make his grand return to New York in a blistering, action-packed story... and he wants to paint the town red! And there's nothing anyone can do to stop it! Collecting: Absolute Carnage 1-5