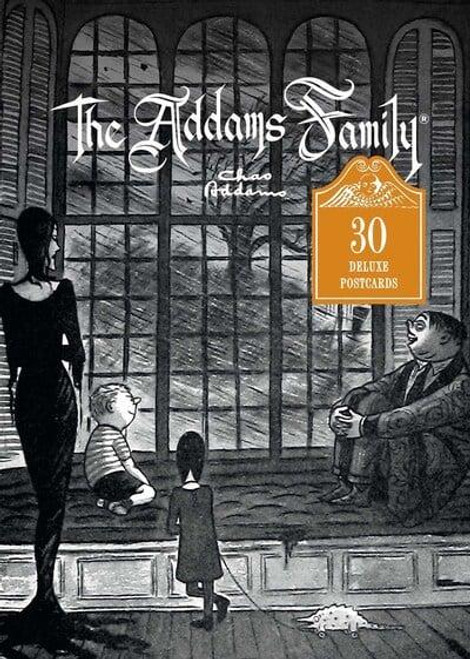 The Addamses are a satirical inversion of the ideal twentieth-century American family: an eccentric wealthy aristocratic clan who delight in the macabre and are seemingly unaware, or do not care, that other people find them bizarre or frightening. They originally appeared as an unrelated group of 150 single-panel cartoons, about half of which were originally published in The New Yorker between their debut in 1938 and Charles Addams' death in 1988. This is a beautiful boxed set of the 30 most hilarious original drawings of the famous family by its creator, Chas Addams.

A GIFT FOR A GHOST HC