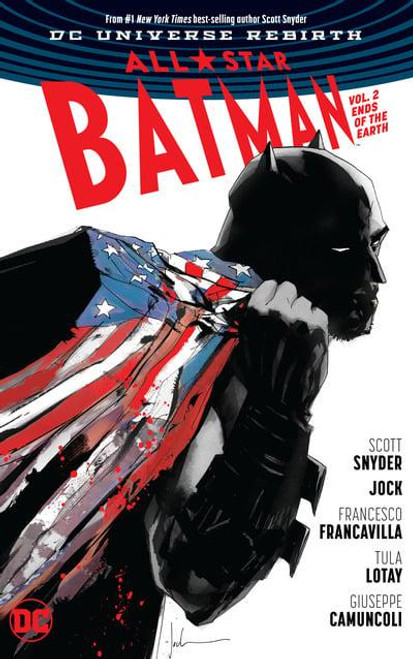 For more than 75 years, Batman has been one of the most widely-recognized and revered super-heroes in all of comics. But what would the Dark Knight be without an equally iconic roster of villains to keep him fighting all these years? In ALL STAR BATMAN VOL. 2, Scott Snyder is joined by a rotating team of superstar artists to tell individual, villains-centric stories that in their sum reimagine the Caped Crusader's rogues gallery and bring it into the modern era. Included in this graphic novel are a chilling Mr. Freeze tale with Snyder's frequent collaborator Jock (BATMAN: THE BLACK MIRROR), a Posion Ivy tale with intoxicating art by Tula Lotay (Briggs Land), Snyder's first pairing with the great Giuseppe Camuncoli (Amazing Spider-Man) and more! One the most successful and well-reviewed series from DC UNIVERSE REBIRTH continues in Scott Snyder's star-studded, ALL STAR BATMAN VOL. 2! Collects issues #6-9.