BEYOND THE CLOUDS VOL 01 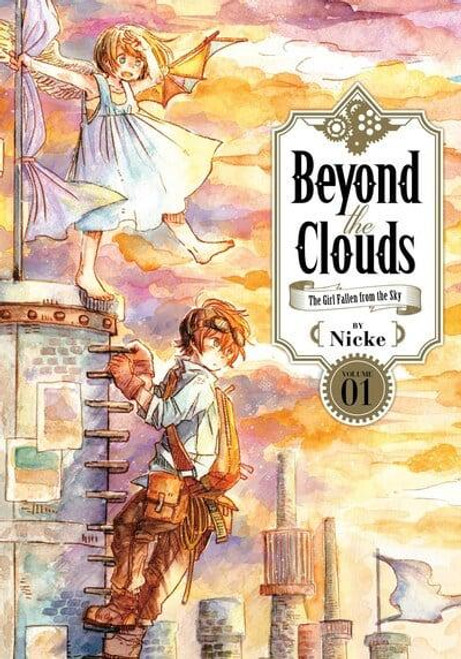 BEYOND THE CLOUDS VOL 01

A lovely new manga series by the singularly-named Nicke, and a must for fans of the films of Hayao Miyazaki or last year’s Witch Hat Atelier. In a steampunk fantasy world, and young apprentice mechanic finds a winged amnesiac girl, though one of her wings is lost. He constructs her a mechanical wing and strikes up a friendship with her, determined to uncover her past and get her home. It’s a really solid adventure story, elevated by some truly spectacular art. Little factoid about the book: it was actually produced by Nicke (a Japanese artist) for a French publisher first before being sold back into Japan.

LIGHTFALL GN VOL 01 THE GIRL AND THE GALDURIAN