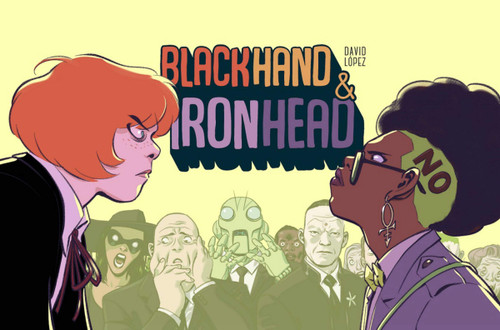 Alexia desperately wants to become one of the greatest super heroes of all time, just like her father, the much revered IRONHEAD. Upon his sudden death, however, Alexia's destiny takes an unexpected turn. IRONHEAD's empire now rests solely in her unprepared hands...or so she thinks. At the funeral, Alexia is confronted with a well kept family secret: a villainous sister she never knew existed! Will the two be able to form an alliance and solve their father's mysterious demise? Or will they destroy one another in the process? BLACKHAND & IRONHEAD, VOL. 1 collects issues #1-5 originally published on PanelSyndicate.com.