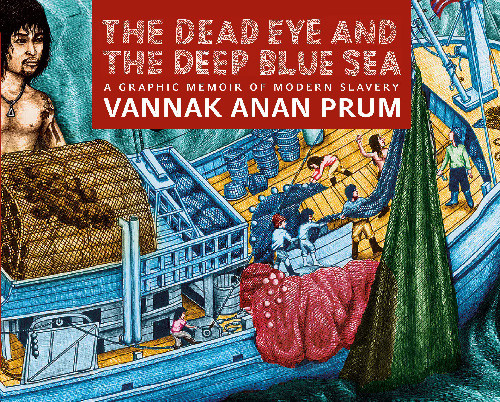 Too poor to pay his pregnant wife's hospital bill, Prum Vannak left his village in Cambodia to seek work in Thailand. Men who appeared to be employers on a fishing vessel promised to return him home after a few months at sea, but instead Vannak was held hostage on the vessel for four years of hard labour. Amid violence and cruelty, including frequent beheadings, Vannak survived in large part by honing his ability to tattoo his shipmates - a skill he possessed despite never having been trained in art. He documented his ordeal in raw illustrations seen here alongside his story.

FIRE ON THE WATER HC