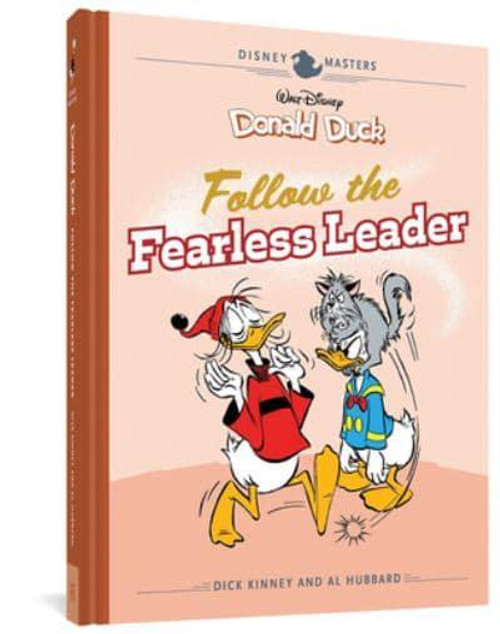 Donald's nerdy cousin Fethry Duck is a mallard on a mission, determined to include Donald in all his sudden passions: from a super exercise regimen to building an indoor farm, to stage magic that turns startlingly real! With this volume of the Disney Masters series, we begin collecting the Ducktales of Dick Kinney and Al Hubbard -- for the first time in North America! Kinney and Hubbard were a Disney dream team in the '60s, hatching Donald Duck co-stars like Fethry, master spy Mata Harrier, and terrible tomcat Tabby. From Fethry's very first story through the doggy doings of Scamp to Uncle Scrooge in "The Case of the Purloined Pearls," Kinney and Hubbard keep the laughs rolling and the hijinks hopping.