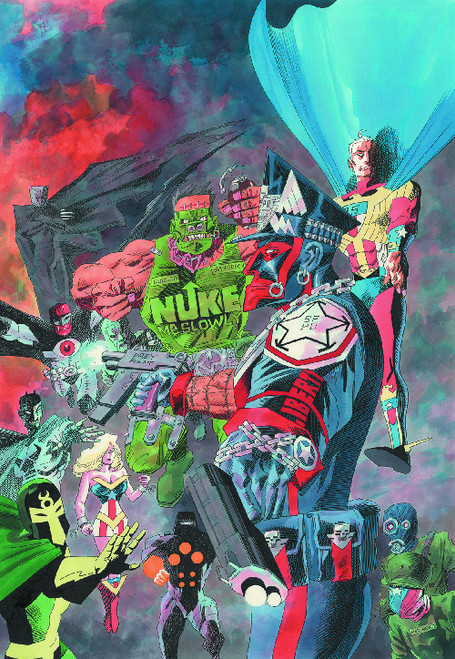 In the spirit of JUDGE DREDD and the current hit series THE BOYS, MARSHAL LAW is a violent, satirical series about a futuristic law official charged with policing super-heroes gone rogue by any means necessary, all while fighting his own self-hatred for being the thing he hates most: a super-hero. Featuring art by Kevin O'Neill, illustrator of THE LEAGUE OF EXTRAORDINARY GENTLEMEN, the centerpiece of this volume is the original six-part tale in which Marshal Law hunts down the Sleepman, a serial killer who is somehow connected to the popular hero known as The Public Spirit.