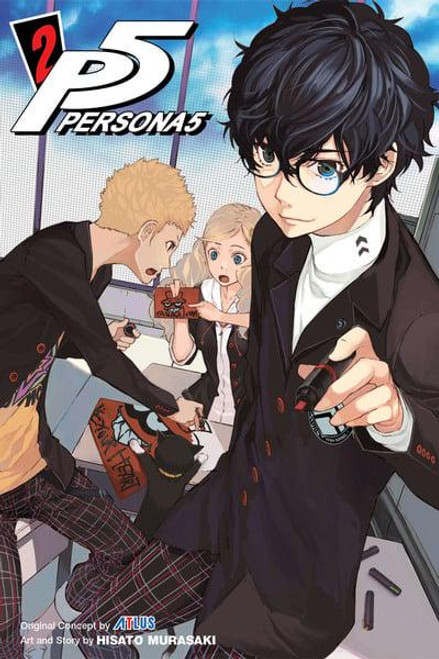 Based on the popular video game, this manga's phantom thieves will steal your heart! After being arrested and having to transfer to a new high school in Tokyo, Akira Kurusu is given the goal of rehabilitation and awakened to a new power-the power of one's true self, a Persona. Using his Persona and the mysterious navigation app Momentos, Akira and his friends take on the role of phantom thieves, saving people from the twisted desires of those around them. Volleyball coach Suguru Kamoshida's evil acts drive one of Akira's classmates to attempt suicide, so Akira and Ryuji resolve to bring him to justice! But to do that, they must infiltrate his palace and steal the treasure within to change his heart! With their Personas-avatars of their will to rebel-as their weapons, Akira and his friends make their way through Kamoshida's palace. But before they can make off with the treasure, Shadow Kamoshida finds them! Do Akira and the others stand any chance against Shadow Kamoshida's true might?!

PIRATES A TREASURE OF COMICS TO PLUNDER SC