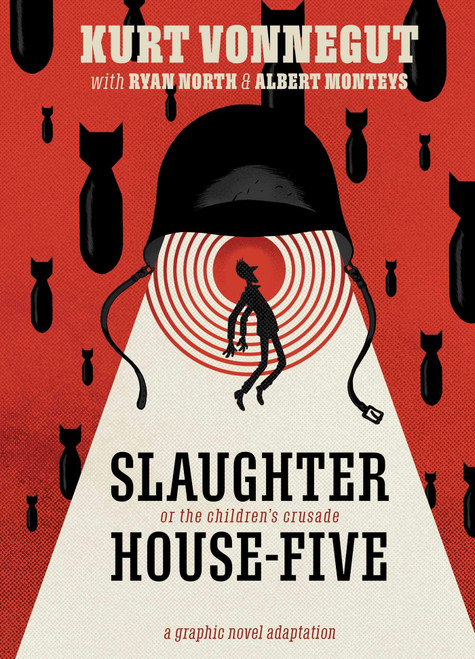 (This sold out pretty much immediately on release, but we’re hoping the second printing won’t be too far off!) Kurt Vonnegut’s classic anti-war novel gets its first comics adaptation, and what an adaptation it is. Ryan North and Albert Monteys craft the best adaptation of a post-modern novel to comics since Paul Karasik & David Mazzucchelli’s masterful take on Paul Auster’s City of Glass. Like that book, North and Monteys’ work is more than just transposing prose into comics, but rather is a true adaptation, utilising the storytelling potential of the medium to its full. All the humour, horror and humanity is intact in a graphic novel that is enriched by knowledge of the original, but equally offers an excellent introduction to Billy Pilgrim’s story to readers who have never picked up Vonnegut.