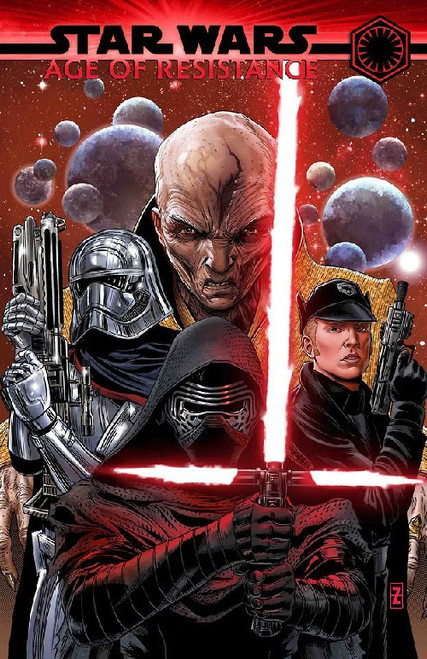 This is the Age of Star Wars - an epic series of adventures that unites your favorite characters from all three trilogies! Now it's the First Order's turn to take center stage. As Captain Phasma leads an attack on the iron planet Demir, a young Stormtrooper looks to follow in Phasma's footsteps. But will she have the heart to follow the merciless ways of the First Order captain? General Hux has always been looked down upon, but when a sabotaged shuttle crash-lands on an unknown planet it will be up to Hux to save Kylo Ren! Plus: Tales of Kylo Ren and Supreme Leader Snoke!

A CITY INSIDE SC