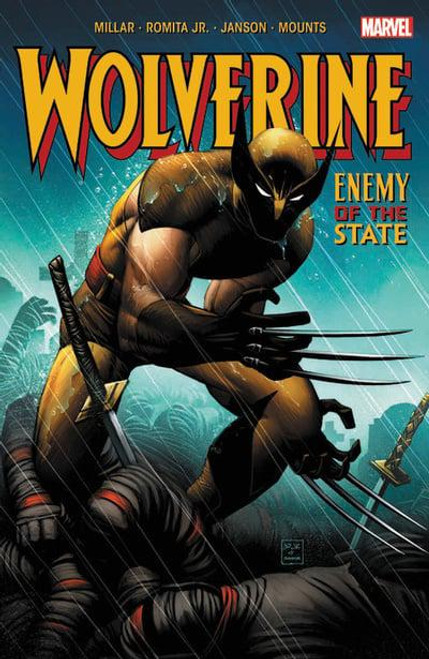 Wolverine has long been the X-Men's most dangerous member - but now, this deadly living weapon has switched sides! Defeated by the Gorgon and brainwashed by Hydra and the Hand, Wolverine has become an agent of the ruthless ninja clan - slicing and dicing his way through S.H.I.E.L.D., the Fantastic Four and the X-Men! And his former friends and teammates will pay a very high price to subdue him. As Hydra picks off superhumans one by one and the X-Men mourn a fallen friend, S.H.I.E.L.D. works feverishly to deprogramme Wolverine. Can he be turned against his former masters in time to prevent worldwide death and destruction? Prepare for death and destruction as only modern masters Mark Millar and John Romita Jr. can deliver! Plus: A haunting tale of World War II, illustrated by Kaare Andrews! Collecting: Wolverine (2003) 20-32

PIRATES A TREASURE OF COMICS TO PLUNDER SC