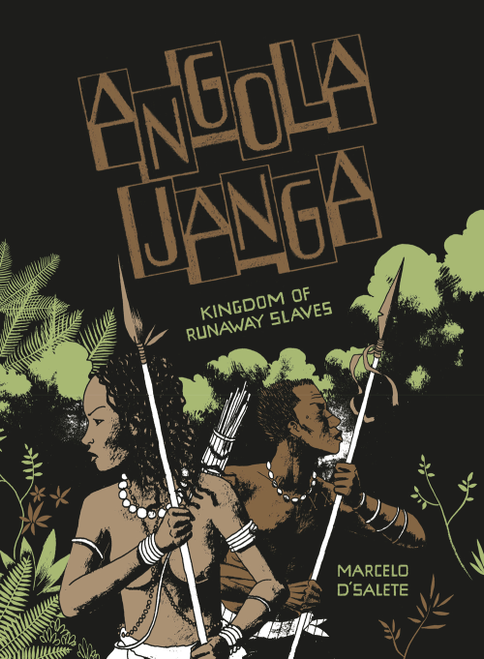 One of our Gosh! Best of 2019 titles! Eisner-nominated Brazilian artist DÃÂsalete returns, with Fantagraphics publishing his massive 2017 tome in a lovely hardcover edition. Exhaustively researched and developed for 11 years, this is the much-overlooked story of Angola Janga, a Brazilian community of escaped slaves that fought fiercely for their independence for over 100 years. From its formation in the late 16th Century until its brutal suppression in 1694, DÃÂsalete chronicles the conflicts from without and within, never losing sight of the stories of the fugitive slaves who found a home there. ItÃÂs a powerful work, and is absolutely beautiful to boot.