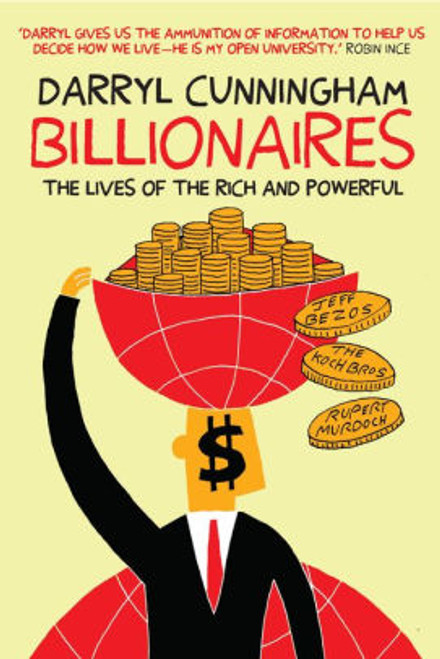 Who are the super-rich in our society, and how do they have such disproportionate political and cultural influence on our lives? How did they acquire their wealth, and what are their lives like? The super-rich are often portrayed as self-made, as if their wealth was created entirely by their own efforts. But is this true? In his latest book of graphic analysis, celebrated author Darryl Cunningham examines the evidence, featuring graphic biographies of media baron Rupert Murdoch, oil and gas tycoons Charles and David Koch, and Amazon founder Jeff Bezos. Have these individuals enjoyed advantages, beyond their personal ability and attributes, that have aided their success? Cunningham makes comparisons with the Ã¢ÂÂGilded AgeÃ¢ÂÂ (1870s to 1900), the last period in America in which a few individuals gained colossal wealth. Andrew Carnegie, John D. Rockefeller, JP Morgan, Cornelius Vanderbilt and others made fortunes, but also helped create the modern world of railroads, manufacturing, and finance. What essential elements have the modern equivalents brought us? Despite the often reported disadvantages brought by the widening gulf between the poorest and the super rich, are such wealthy individuals necessary to finance technological progress? Would we be poorer without them?