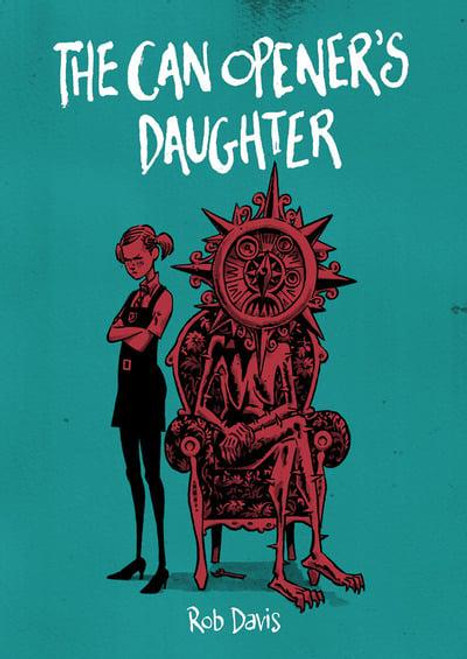 In the British Comic Award-winning The Motherless Oven, Scarper Lee asked: "Who the hell is Vera Pike?" In the second part of Rob Davis' trilogy, we get a chance to find out. This is Vera's story. Grave Acre is a cruel world of opportunity and control. Vera's mother is the Weather Clock, the omnipotent and megalomaniacal Prime Minister of Chance. Her father is a can opener. Charting Vera's unsettling childhood, the book takes us from her home in Parliament to suicide school, and from the Bear Park to the black woods that lie beyond. In the present day, Vera and Castro Smith are determined to see their friend Scarper again - but is he still alive? And if so, can they save him? Can anyone outlive their deathday? Both a sequel and a darkly inventive standalone graphic novel, The Can Opener's Daughter answers many of the questions posed in The Motherless Oven, while asking plenty more of its own.