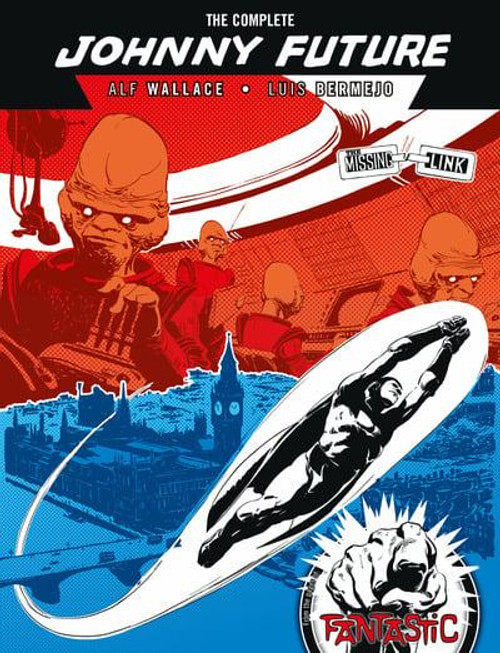 'The Missing Link' - a creature of limitless strength, is drawn to Britain in pursuit of an expedition party he encountered in his homeland. The man-ape causes havoc until he accidentally stumbles into an experimental nuclear research facility and is bombarded by radiation. Instead of killing him, the creature evolves into an advanced human. Now possessing a genius mind, super-strength, enhanced senses and the ability to fly, as Johnny Future he protects mankind from such sinister beings as The Master, Disastro, Animal Man and the Secret Society of Scientists.