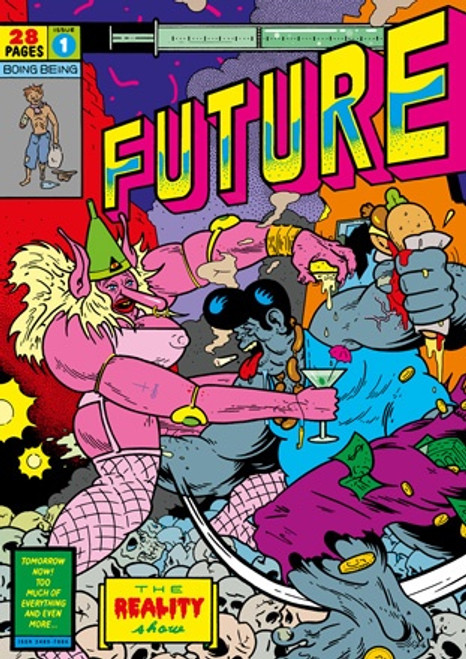 Tommi Musturi's new comic is a weird science fiction epic FUTURE that's published as a serie of 10 magazines. The wholesome wraps its reader inside a confusing net of stories that happen on several time levels and locations throughout the universe. In all FUTURE tells stories on possible futures of the mandkind. Musturi depicts future by showing past, present and upcoming. FUTURE also takes place in illustrated utopias, dystopias and ideal. Soon after its start the sci-fi spectacle turns into images of a giant plastic bag and its aimless travels through space – at the same time in our near future all business is taken over by a corporation and a drugged couple running it. 24 pages in blasting colours. Weird Sci-Fi!

PRINCESS OF THE NEVER-ENDING CASTLE

CABIN IN THE WOODS SC