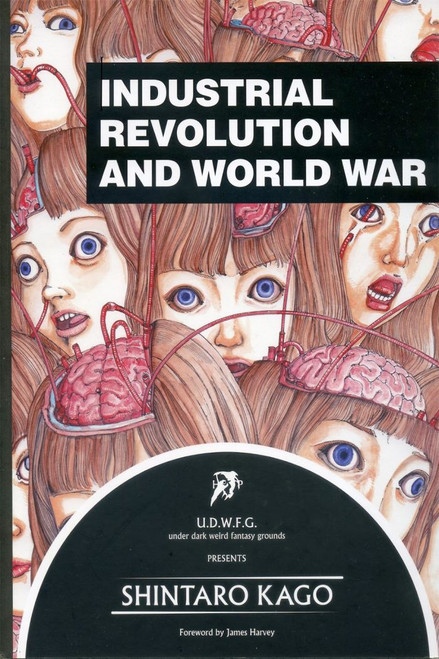 “You know Kago’s iconic image of a head exploding and it being filled with cheap plastic junk, mass-produced goods? The reason it’s horrifying is because it suggests that we aren’t that special. As a civilisation we mass-produce plastic shit because we are mass-produced shit. We are a joke told through our pointless repetitive lives, and it’s that black joke that’s at the heart of Shintaro Kago’s work.” –David Surman (from the foreword by James Harvey)

Kago Shintarō is a Japanese guro manga artist. He debuted in 1988 on the magazine COMIC BOX.
Shintaro Kago’s style has been called “fashionable paranoia”. He has been published in several adult manga magazines, gaining him considerable popularity. Many of his manga have strongly satirical overtones, and deal with grotesque subjects such as extreme sex, scatology and body modification.

PRINCESS OF THE NEVER-ENDING CASTLE