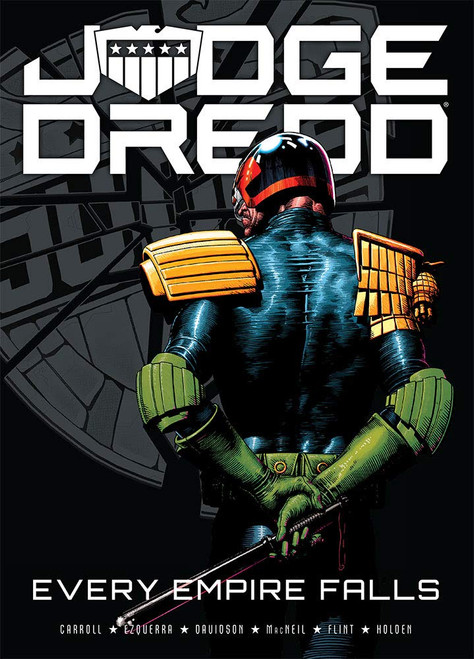 Following the decimation of Mega-City One during Chaos Day, Judges from other 'friendly' Justice Departments have been brought in to strengthen the ranks and help maintain law and order on the streets. Amongst the newcomers is Fintan Joyce - son of a former Emerald Isle Judge, who teamed up with Judge Dredd in one of the most fondly remembered Dredd stories. Exploiting the Big Meg's weakened state, several groups have risen up against the Judges, including the Goblin King's Undercity army and a mutant group lead by the monstrous Thorn, who have been attacking Cursed Earth outposts. If things couldn't get any worse, Dredd has fallen foul of Brit-Cit and they want him in prison or on a slab… Have the odds finally stacked up enough to spell the end of Mega-City One's greatest lawman?
×
×