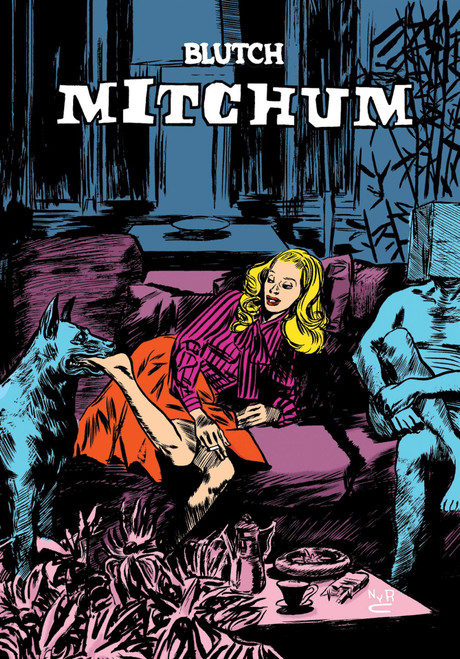 A star of French comics imagines America--its movie stars, its history, its fashion--in these tantalizing graphic short stories about everything from love to, yes, the actor Robert Mitchum.

Blutch is one of the most inventive storytellers in comics, and nothing reveals it likeÂ Mitchum. Serialized and collected in the mid-90s and never before available in English, this is Blutch at his most wide-ranging: from Puritan fever dreams to an encounter with a shape-shifting Robert Mitchum, Blutch builds stories out of his dreams, visions of America, and anything else he can get his hands on.

Drawn in his unmistakable line that veers in a moment from crude to elegant, blotchy to crisp, horrific to serene, these comics show Blutch searching for new artistic frontiers. What he finds is sometimes surprising, occasionally unsettling, and endlessly fascinating.

PORTRAIT OF A DRUNK HC