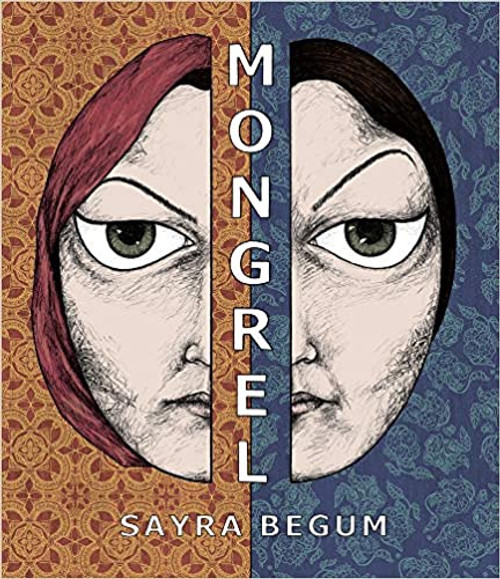 Towards the end of 2017 Sayra Begum sent Knockabout a sample of her autobiographical graphic novel, Mongrel. This work was the best unsolicited manuscript they have seen for a very long time. It is rare for a new talent to produce such an ambitious long work.

Sayra is both an accomplished and clever storyteller and an original artist in her layouts and drawing style. The story itself covers matters that are at the heart of our society's current concerns; immigration, racism, mixed heritage relationships and inter-generational strife.

The front door of Shuna's family home acted as a gateway to Bangladesh. Nothing haram passed through this door, this was a devout house. When Shuna walked through this door, she switched her rebellious face to her pious face, which eagerly absorbed the teaching of the Prophet, striving to be a good Muslim girl. The switching between these two faces became increasingly difficult as they grew further and further apart.

'Yes, yes, yes I'll marry you' I said to David. Although, after the celestial shock wore off and dull reality set in, I realised there was a slight problem. I would have to tell my very traditional parents that I was going to marry a non-Muslim and confess my secret life.

It's my wedding day. My parents are absent. I'm not surprised. Why would my parents want to celebrate their daughter's eternal damnation in hell fire?