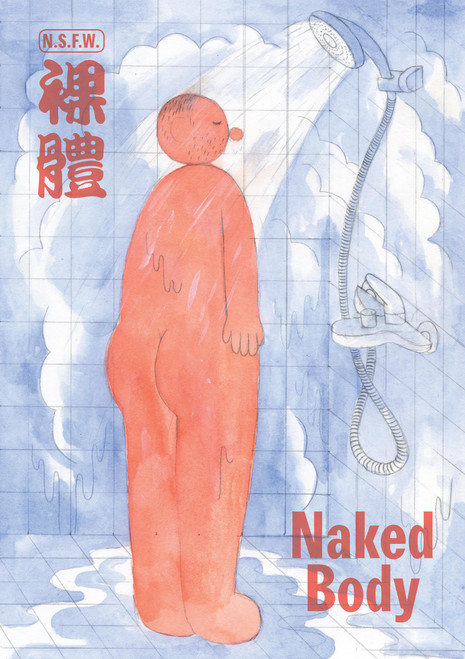 At 115 full color pages, Naked Body is the first major anthology of Chinese comics to be published in English. The Chinese edition of the anthology, published in 2014, was organized by Beijing-based cartoonist and publisher Yan Cong. Responding to a prohibition on printed nudity, Yan Cong put out an open call for five page comics in which all the main characters were nude. The resulting mix of authors included veteran cartoonists such as Zuo Ma, author of several graphic novels, and WangXX, author of the ongoing Seal Life series, but also talented up and coming artists Inkee Wang. Naked Body will be the first major anthology of independent Chinese comics published in the US. Though the anthology's small print run was well received in China, it was never distributed overseas. The English edition of Naked Body is being developed in close collaboration with the original editor, Yan Cong, and the cartoonists who took part in the book.