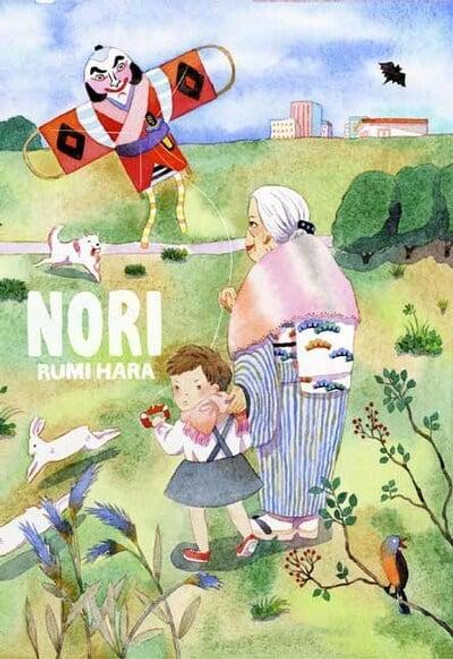 Ignatz nominated and MoCCA Arts Festival Award-winning cartoonist Rumi Hara invites you to visit her magical world. Nori (short for Noriko) is a spirited three-year-old girl who lives with her parents and grandmother in the suburbs of Osaka during the 1980s. While both parents work full-time, her grandmother is Nori's caregiver and companionÃÂÃÂ¢ÃÂÃÂÃÂÃÂ forever following after Nori as the three year old dashes off on fantastical adventures. One day Nori runs off to be met by an army of batsÃÂÃÂ¢ÃÂÃÂÃÂÃÂthe symbol of happiness. Soon after, she is at school chasing a missing rabbit while performing as a moon in the school play, touching on the myth of the Moon Rabbit. A ditch by the side of the road opens a world of kids, crawfish, and beetles, not to mention the golden frog and albino salamander. That night, her grandma takes to the Bon Odori festival to dance with her ancestors. When Nori wins a trip to Hawaii, she finds herself swimming with a sea turtle, though she doesn't know how to swim. In mesmerizing short stories of black and white artwork with alternating spot color, Hara draws on East Asian folklore and Japanese culture to create an enchanting milieu that Nori tries to make sense of, wrestling between the reality of what she sees and the legends her grandma shares with her.

DAYS OF THE BAGNOLD SUMMER SC