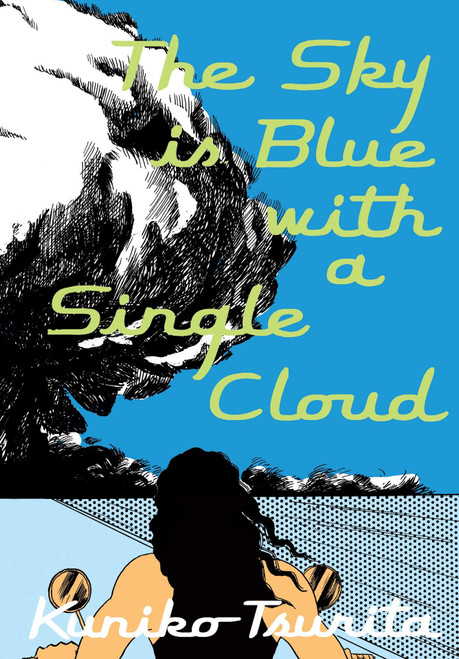 The Sky is Blue with a Single Cloud collects the best short stories from Kuniko Tsurita s remarkable career. While the works of her male peers in literary manga are widely reprinted, this formally ambitious and poetic female voice is like none other currently available to an English readership. A master of the comics form, expert pacing and compositions combined with bold characters are signature qualities of Tsurita's work. Tsurita s early stories Nonsense and Anti provide a unique, intimate perspective on the bohemian culture and political heat of late 1960s and early 70s Tokyo. Her work gradually became darker and more surreal under the influence of modern French literature and her own prematurely failing health. As in works like The Sky Is Blue with a Single Cloud and Max, the gender of many of Tsurita's strong and sensual protagonists is ambiguous, marking an early exploration of gender fluidity. Late stories like Arctic Cold and Flight show the artist experimenting with more conventional narrative modes, though with dystopian themes that extend the philosophical interests of her early work. An exciting and essential gekiga collection, The Sky Is Blue with a Single Cloud is translated by comics scholar Ryan Holmberg and includes an afterword cowritten by Holmberg and the manga editor Mitsuhiro Asakawa delineating Tsurita's importance and historical relevance.