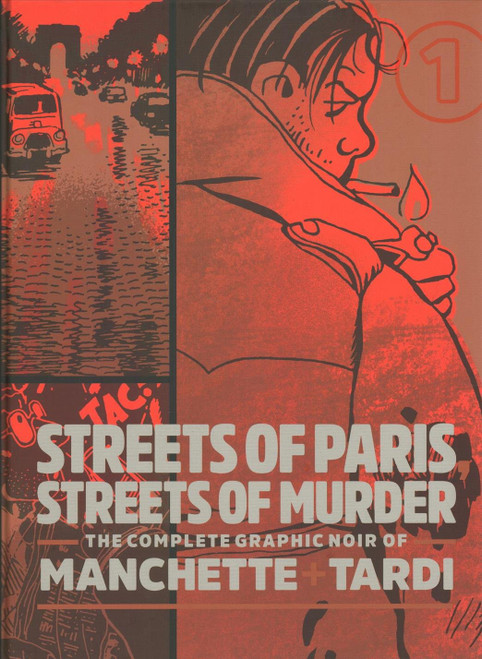 Streets of Paris, Streets of Murder is the first of two volumes presenting all four hardboiled crime graphic novels (one of which has never before been collected in English) by Jean-Patrick Manchette and Jacques Tardi in a luxurious oversize format. In the never-before-collected Griffu, the titular character is a legal advisor, not a private eye, but even he knows that when a sultry blonde appears in his office after hours, he shouldn't trust her and she doesn't disappoint. Griffu is soon ensnared in a deadly web of sexual betrayal, real estate fraud, and murder. In West Coast Blues, a young sales executive goes to the aid of an accident victim, and finds himself sucked into a spiral of violence involving an exiled war criminal and two hired assassins. In both novels, Tardi doesn't shy from the frequently grisly goings-on, and his style infuses Machette's dark stories with a seething, malevolent energy while maintaining the mordant wit that characterises his best work. This volume also offers a bonus, 21-page unfinished story by Manchette and Tardi, as well as a single page introduction to another incomplete story, both appearing in English for the first time.

TIMES I KNEW I WAS GAY SC SIGNED BY ELLIE CREWES