Just kicking off with a shot of where I grew up. Because at this point, why not? 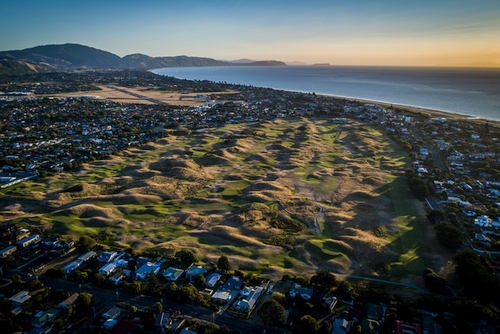 First though, a big thank you to everyone who has made a purchase or shared our new webstore. As a measure of our gratitude, here's an aerial shot of Paraparaumu Beach, with the golf club at the forefront. Spent some time there as a kid gathering lost golf balls to sell to second hand shops on the beachfront so I could buy comics. Err...anyway, every bit of support matters right now: the fixed outgoings are still outgoing and there's very little coming in. So if you know anyone who might fancy getting some GNs, point them in our direction, eh? We're still adding stuff constantly (we're about halfway through the total amount of stuff we need to get on there), so if you can't see what you're after just drop us an email to ask.

Now, the first bit of good news is of course slightly old news: we had new comics this week! This is the material that was supposed to be released late-March, in our hot little hands at last. So if you fancy getting your comics mailed out do let us know. We can also arrange collection if you are able to safely travel to the store. This would involve arranging payment in advance and then you coming by the store where we would put you comics at the door for you to collect. Note that the store is not open, so you will need to call on arrival. Please only do this if you're not needing to use public transport to do so. 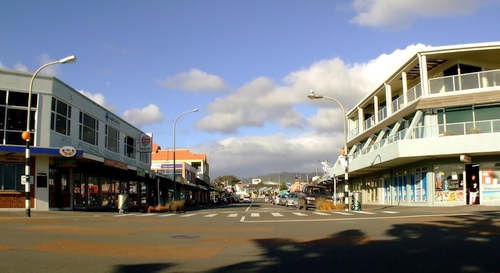 The great news is that you can still buy some of the world's greatest fish and chips from the Maclean St Fish Supply on that very street. Honestly, the best you'll ever have. Oh, and also that regular shipments of new comics are about to resume! And yes, that will include the DC product that has been shipping in the US through alternative distribution channels. Now the qualifier: in the UK we will be seeing fortnightly shipments through until at least the end of June. This is mainly due to reduced shipping capacity and increased shipping costs. So while new comics start up again in the US on the 20th May, our first shipment will be on the 27th. This will include everything from the previous week as well, but be aware that Diamond UK may tweak release dates on some titles so as not to overwhelm retailers on particularly big weeks. The shipment schedule through to the end of June is as follows:

Beyond that, we'll let you know as soon as we hear anything. But hey: new comics!

As for some more good news (though maybe not "strolling along the beach with Kapiti Island in the background" good), it looks like we'll be reopening in some form in June if it is feeling safe to do so. Guidelines on what businesses can open when isn't quite clear (there is talk of "phased" reopening). We'll be taking every precaution to make the store environment as safe as possible for shoppers and staff. Speaking of which, the majority of staff will remain on furlough, and we will be operating with the absolute minimum of staff. This will probably mean reduced opening hours, and possibly reduced operating days. We're still figuring it all out, and we'll let you know here as soon as we hammer out the details. 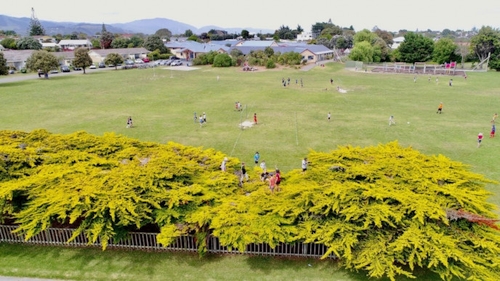 Other than that, just my usual plea to be patient with me as I work through all your emails and requests. I'm still doing all of this solo, so it takes a while to get through it all, so don't panic if you don't hear from me after a couple of days: I'll definitely get to you! If it helps, here's a photo of Kena Kena School, my fine primary institution. What you can't see is the small cluster of shops off to the right, where we used to sneak at lunchtime and buy a scoop of chips that we'd eat while hiding down among those trees on the fenceline. Man, they were a lot smaller then...

If you fancy listening to me have a waffle about the history of Gosh, what we do and what the future might hold, I was interviewed by ex-Gosher Steve for the Avery Hill Signals From The Hill podcast. You can find that here.

Oh, and also I can't tell you how wonderful it was to kick back this week with a stack of new comics! I highly recommend the experience after the drought we've had. Drop me a line if you fancy getting anything sent out! 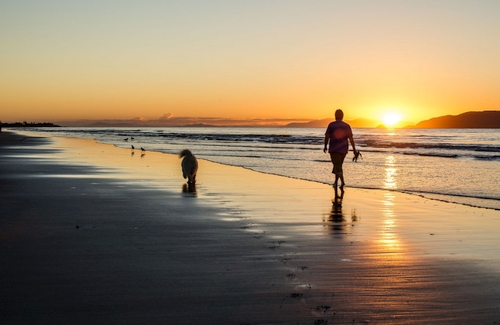 And that's me. Stay safe, all!